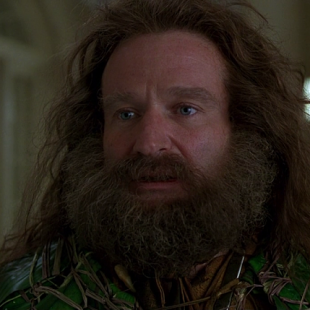 One of the all-time comedy legends is gone.

Update: Robin Williams' wife, Susan Schneider, has released an official statement which reveals that her husband was in the early stages of Parkinson's Disease. It was a condition that Williams was not ready to share publicly she said, according to the Sun Sentinel. Her full statement, by way of the Sun Sentinel, is below:

"Robin spent so much of his life helping others. Whether he was entertaining millions on stage, film or television, our troops on the frontlines, or comforting a sick child - Robin wanted us to laugh and to feel less afraid.

Since his passing, all of us who loved Robin have found some solace in the tremendous outpouring of affection and admiration for him from the millions of people whose lives he touched. His greatest legacy, besides his three children, is the joy and happiness he offered to others, particularly to those fighting personal battles.

Robin's sobriety was intact and he was brave as he struggled with his own battles of depression, anxiety as well as early stages of Parkinson's Disease, which he was not yet ready to share publicly.

It is our hope in the wake of Robin's tragic passing, that others will find the strength to seek the care and support they need to treat whatever battles they are facing so they may feel less afraid."

Original Story: Terrible news today: first reported by multiple outlets and finally confirmed minutes ago by the Marin County sheriff's department and by his publicist, actor and comedian Robin Williams was found dead this morning from an apparent suicide. He was 63.

On August 11, 2014, at approximately 11:55 am, Marin County Communications received a 9-1-1 telephone call reporting a male adult had been located unconscious and not breathing inside his residence in unincorporated Tiburon, CA. The Sheriff's Office, as well as the Tiburon Fire Department and Southern Marin Fire Protection District were dispatched to the incident with emergency personnel arriving on scene at 12:00 pm. The male subject, pronounced deceased at 12:02 pm has been identified as Robin McLaurin Williams, a 63 year old resident of unincorporated Tiburon, CA.

An investigation into the cause, manner, and circumstances of the death is currently underway by the Investigations and Coroner Divisions of the Sheriff's Office. Preliminary information developed during the investigation indicates Mr. Williams was last seen alive at his residence, where he resides with his wife, at approximately 10:00 pm on August 10, 2014. Mr. Williams was located this morning shortly before the 9-1-1 call was placed to Marin County Communications.

Robin Williams passed away this morning. He has been battling severe depression of late. This is a tragic and sudden loss. The family respectfully asks for their privacy as they grieve during this very difficult time.

Williams, who first rose to fame in the 1970s on the hit sitcom Mork and Mindy, was first and foremost a highly respected and very successful comedian. Known for a sharp wit and pithy, yet heartwarming observations about everything from his battle with drug addiction to parenthood, he was notable for incorporating improvisational comedy into his act to a degree audiences at the time had rarely experienced. Much of his dialogue on Mork and Mindy was improvised on set, and his stand up shows were often organized as notes from which he would create sets while performing. He frequently made the higher reaches of lists of the greatest standup comedians of all time, and has been cited as an influence by Conan O'Brien and Eddie Murphy, and too many other comedians to count.

As an actor, Williams was respected for his impressive comedic and dramatic range and, particularly in the 1980s, for taking risks that didn't always pay off, but always challenged viewers. His films ranged from slapstick comedies, to tearjerker melodramas, to psychological thrillers, and he was nominated for an Academy Award 4 times, winning once in the Best Supporting Actor category for his role in Good Will Hunting. Other noteworthy performances include Good Morning Vietnam, The World According To Garp, Dead Poets Society, Moscow on the Hudson, The Fisher King, Popeye, Insomnia, Aladdin, Mrs. Doubtfire and One Hour Photo. In addition to his Academy Award, Williams also received two Emmys, two Screen Actor Guild Awards, five Grammys and four Golden Globes.

Williams was an open book about his struggles with substance abuse. He developed a nearly debilitating addiction to cocaine in the late 70s/early 80s, but sought treatment and became sober after the death of his friend John Belushi. He remained sober for most of his life, though he checked into a treatment center in 2009 after developing a problem with alcohol. He often talked about that struggle in his stand up, most notably in his 1986 special A Night at the Met.

Married three times, he is survived by his third wife, Susan Schneider, and by his three children from previous marriages.

This news is unbelievably sad, especially considering how his reputation suffered somewhat during the last 15 years, thanks to series of poorly received broad comedies he starred in beginning in the mid 90s. And I get it; Bicentennial Man, Patch Adams and Jakob the Liar are uniformly terribly. But Williams was an irreplaceable talent, capable of hilarity and heartbreaking pathos in equal measure, often in the same film.

It's almost impossible to overestimate the impact Robin Williams had on American popular culture, and what a loss his death means. In addition to several films now considered classics, he was an instrumental in the stand up comedy boom of the late 70s and 1980s. His jokes spawned catch phrases, his observations became proverbs, and it's no exaggeration that he is a large part of the reason most people became aware of improvisational comedy.

What makes Williams' career even more interesting is that some of his best performances were in films that didn't quite work. He's brilliant, for instance, in Garp, a flawed adaptation of John Irving's novel but worth it alone for his work alongside John Lithgow. The same is true for Robert Altman's troubled musical Popeye, which saw Williams practically disappear into the title role (and, by the way, contains one of the all time great musical soundtracks). I'd even recommend 1994's Being Human, an uneven film that follows various reincarnations of the same person, contains an absolutely heartbreaking segment in which Williams plays a Roman slave facing an order to commit suicide along with his disgraced master. Also, absolutely watch World's Greatest Dad. Just watch it.

He was also by all accounts a great person. A generous humanitarian, he was involved in numerous charities, most notably the Comic Relief charity along with Whoopie Goldberg, Billy Crystal and Bob Zmuda. But perhaps most importantly, he was a for real dork, so much so that he named his daughter Zelda after, yes, THAT Zelda.

William's stand up albums were a large part of the soundtrack of my adolescence, and that's how I intend to pay tribute. If you've never bothered to check him out before, now is the perfect time to do the same. Check out A Night At The Met and Robin Williams LIVE on Broadway, and marvel at one of the greatest talents American comedy ever produced. It's cliche to say of someone recently deceased that we won't see their like again, but in Williams' case it's absolutely true. I never met him, and I miss him like a family member.