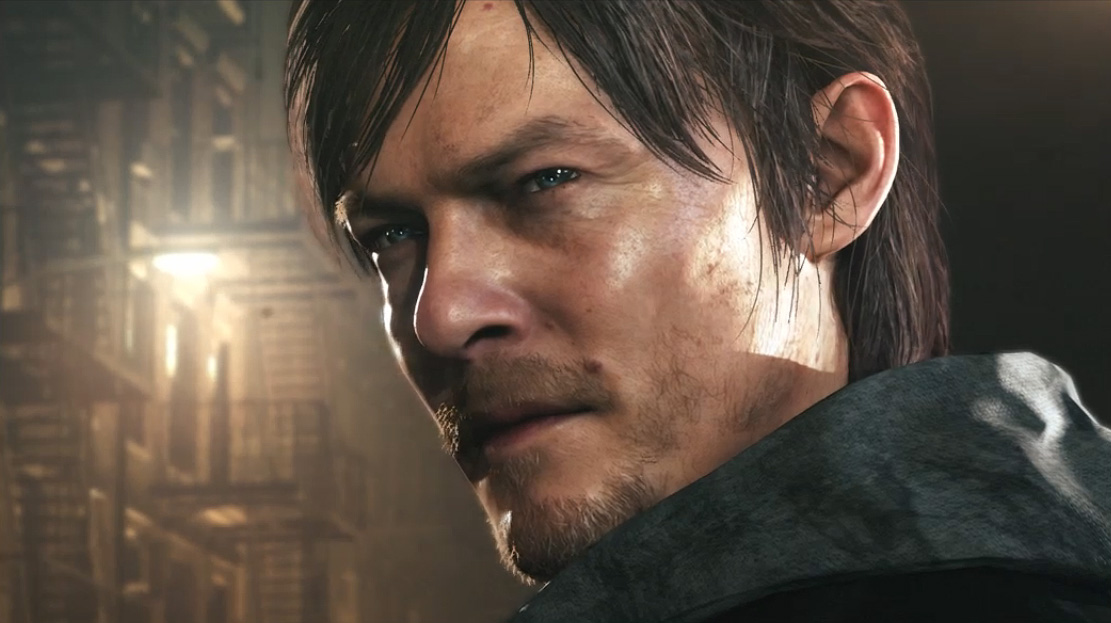 One of the big mysteries heading into Gamescom this week involved what looked to be a new survival horror game for the PlayStation 4, teased by Sony for the past week with short videos showing axes, bloody snowflakes, and other dark imagery, taunting viewers to watch "Horror Reinvented" on the PS4. That all culminated with the release earlier today of a new demo (or "interactive teaser", as it's called in the trailer), available on the PS Store, of a game simply called P.T.. At first glance, P.T. appears to be an eerily frightening, first person survival horror from previously unknown developer 7780s Studio.

But like any good horror flick, there's an unexpected twist ...

After playing through the demo and finally escaping to the outside world, the player is greeted with a cutscene of the main character walking away. The screen fades to black when a name comes up:

A few more steps and the screen fades again with another name:

The camera then pans up to the main character, who slowly turns to reveal the visage of The Walking Dead and Boondocks Saints star, Norman Reedus.

Finally, the screen fades once more, this time to white. Then, in black letters, two simple words appear:

As soon as that surprise sinks in, one more letter appears ... turning "SILENT HILL" into "SILENT HILLS"

So there you have it. It appears that Konami is bringing Hideo Kojima and Guillermo del Toro on board to reinvent the Silent Hill franchise for the PlayStation 4. They're also bringing along one of the biggest cult icons of the day, Norman Reedus. While the P.T. teaser was a part of Sony's Gamescom presentation and has only been released for the PS4, there's no official word yet on if Silent Hills will be a PlayStation exclusive. If so, it would definitely help Sony to make up for Microsoft's announcement earlier in the day of Rise of the Tomb Raider becoming an Xbox One exclusive.