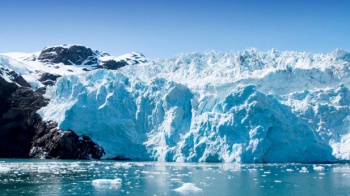 Science has looked at climate change from just about every possible angle, and the overwhelming consensus is that it's getting pretty warm around here. According to Maurice Newman, the Australian government's chief business advisor, we're missing the bigger picture: Global cooling is the immediate threat. In an opinion piece critiquing the "warming propaganda" of climate scientists, Newman writes that warming trends are about to undergo a dramatic reversal, and implies Australia isn't prepared for the inevitable cold. Given Newman's position as advisor to Prime Minister Tony Abbott, this naturally sparked some controversy among Australia's scientific and political communities.

"Tony Abbott needs to repudiate these views and dump Mr Newman from his Business Advisory Council," said Adam Bandt, deputy leader of the Greens. "Someone with these flat-earth views has no place helping set policy for 21st century Australia."

In his article, Newman posits that the most significant factor contributing to climate change isn't CO2, but solar activity. Pointing to the sun's increased energy output from 1959 to 2009, Newman suggests we are undergoing a global warming pause that will shift to a potentially disastrous global cooling period. He then accuses climate change studies of spending money "to largely preordain scientific conclusions" which favor man-made warming theories.

"What if the warmth the world has enjoyed for the past 50 years is the result of solar activity, not man-made CO2?" Newman writes. "The Intergovernmental Panel on Climate Change and its acolytes pay scant attention to any science, however strong the empirical evidence, that may relegate human causes to a lesser status.

"But the political establishment is deaf to this," he continues. "Having put all our eggs in one basket and having made science a religion, it bravely persists with its global warming narrative, ignoring at its peril and ours, the clear warnings being given by mother nature. If the world does indeed move into a cooling period, its citizens are ill-prepared."

Of course, scientists have since responded noting that the recent pause is caused by Pacific winds forcing surface heat underwater. "The idea that solar cycles can override climate change driven by greenhouse gases is fanciful," said Professor Matthew England. "Saying we aren't prepared for global cooling is like saying we aren't prepared for an alien invasion. There is no credible scientist saying this is on the horizon. It's completely weird to be calling for investment into something that's completely unfounded and I think he's arrogant to think he knows the answer to climate physics when he hasn't studied it."