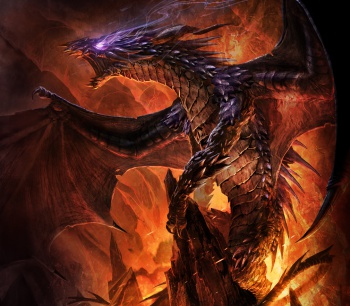 Cryptozoic is working to get their digital trading card game, HEX: Shards of Fate ready for open beta sometime this fall.

At Gen Con 2014, I caught up with Cory Jones from Cryptozoic to talk about their upcoming digital trading card game HEX: Shards of Fate, which was quite successfully funded through Kickstarter last year. I got to see the latest version running the game and we chatted about what's coming in the next few months for HEX: Shards of Fate.

Utilizing improvements from the latest game engine patch for Unity, HEX: Shards of Fate is running better than ever. As Cory Jones explained, a lot of time has been used recently to clean and polish the game, increasing the quality of life of the whole experience. The latest client runs noticeably smoother than the existing closed beta, and a number of the UI elements have been tweaked and adjusted. There's still a few little lingering things to fix, as much as the new Unity patch made things better it also broke a bunch of things, but as a whole HEX: Shards of Fate stands up next to the likes of Hearthstone or Duels of the Planeswalkers.

The next step for the game will be the implementation of a comprehensive tutorial. TCGs can be a bit of beast to get dropped into, especially ones like HEX that skew more to the complex side of the scale. This is also an important milestone for the developers since it's the "gate to open beta". I couldn't get confirmation on a date on the open beta, only that it would be sometime soon. Currently the closed beta is servicing 2,000-3,000 players a day with thousands of games and tournaments in the few weeks it's been going. While I didn't get to see any at Gen Con 2014, PVE content is still in the works as well.

When asked about the legal situation with Wizards of the Coast, Cory Jones only had to add that it was ridiculous, frustrating and ultimately saddening, but that they are confident that it will come out in their favor. You can read his initial letter addressing it on the HEX forums.