This really is one of the greatest things you'll see today.

When it was announced that Steve Rogers would be retiring as Captain America (thanks to his super soldier serum no longer working), there was only one character worthy of replacing him. Obviously, I mean Sam Wilson, AKA Falcon, Cap's best friend and America's second greatest soldier. So it is that Sam will be taking the patriotic mantel this november. But if Sam wasn't available, then the obvious choice would be Captain America superfan Stephen Colbert.

Sadly, Stephen won't get his chance, but Marvel is giving him the next best thing on one of its November Avengers Now! variant covers. I won't belabor the point. Here is the cover of All New Captain America #1: 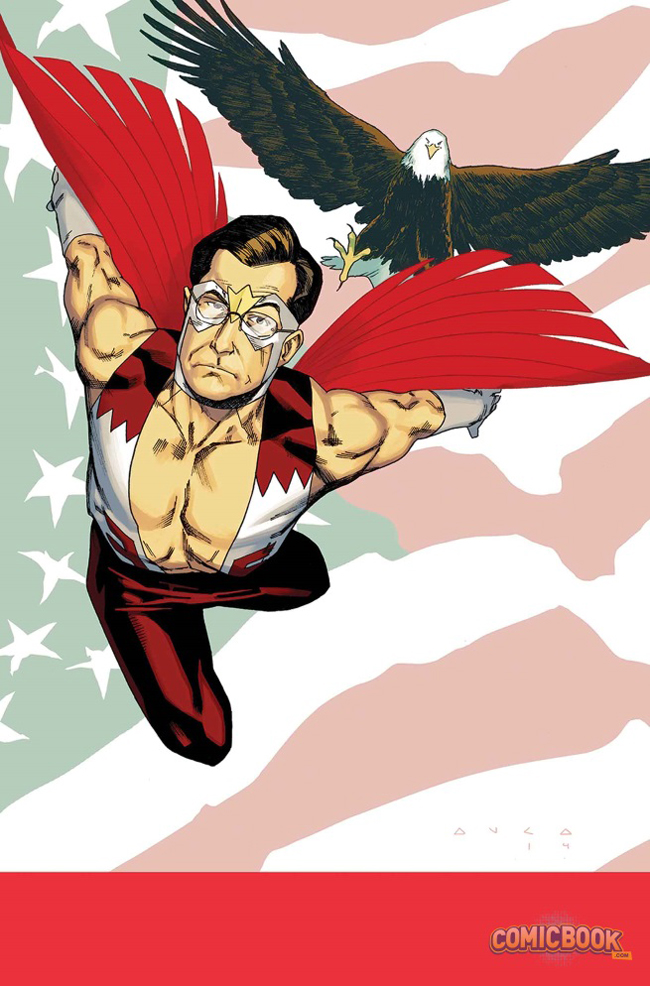 Yep, that's Stephen Colbert as Falcon. Though, maybe they ought to call him Eagle, since Stephen's spirit animal is the embodiment of America itself.

In all seriousness though, this cover has a weirdly bittersweet quality to it. Steve Rogers is retiring in November and passing the shield to Sam Wilson, and David Letterman is retiring in December, passing his shield to Stephen Colbert who, subsequently, is retiring the "Stephen Colbert" right wing windbag persona he's perfected on The Colbert Report for nearly a decade. I'm really going to miss that show. Say, you know what would make it better? If we could get some more Tek Jansen before it ends.

Meanwhile, Comicbook.com has a full set of Marvel's November variant covers. Head over and have a look.