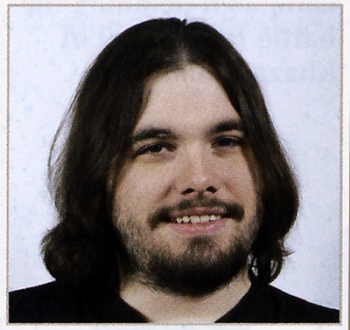 The designer behind more Codex and rulebooks than you could shake a medium-sized stick at has left Games Workshop.

Matt Ward, writer and game designer, has left Games Workshop after 11 years. "I can certainly confirm that I'm no longer at GW," he says. "Beyond that, I doubt I've anything interesting to say."

Ward's tenure in the happy, carefree land of smiling space marines could best be regarded as fraught. He's the author or co-author of Codex for Blood Angels, Space Marines and Grey Knights, as well as several army books and the main rulebook for Warhammer Fantasy 8th Edition, among other works. He made many canon changes, some of which upset the fanbase, with predictable results.

Games Workshop reported tumbling stock prices and a profit drop of 24% this year, but its acting CEO Tom Kirby is confident that significant changes, including group consolidation and the one-man-store policy, will keep Games Workshop in business for many years to come.