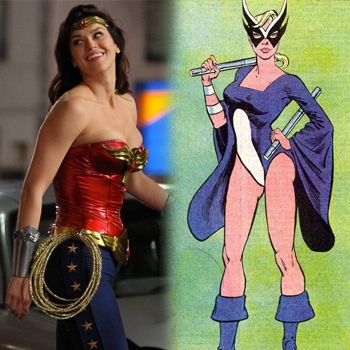 Adrianne Palicki never got to see her stint as Wonder Woman make it to TV, but she's getting another shot on the upcoming second season of Marvel's Agents of S.H.I.E.L.D.

Palicki will guest-star in an as-yet unknown capacity as Agent Barbara "Bobbi" Morse, aka "Mockingbird," on the series. The the character's appearance was first teased by new-season regular Patton Oswalt at San Diego Comic-Con last month. She joins an impressive roster of talent including Lucy Lawless and Kyle MacLachlan scheduled to make appearances in the new season.

Debuting as a supporting character in the adventures of Marvel's Tarzan-analogue Ka-Zar: The Jungle Lord, Mockingbird shot to fan-favorite status as the partner, love-interest and eventual wife of Hawkeye in a well-regarded 1983 miniseries. The two characters eventually co-founded The West Coast Avengers. It is not yet known whether this indicates the possibility of Jeremy Renner (who plays Hawkeye in the Marvel films) appearing on Agents.