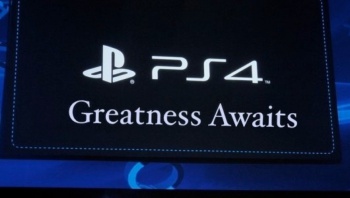 Shuhei Yoshida's happy for now, but concerned about the future, and wants to know who's buying Sony's console.

"It's just beyond our imagination," says Sony's Shuhei Yoshida, as he contemplates 10 million PS4 sales in nine months. "We are so happy." But he, and Sony, has a problem; Sony isn't entirely sure who's buying its console. The sales figures are fantastic, but if Sony exhausts the core market this early, it has to wonder where future sales are going to come from. This isn't a problem it wants right now, not when it's just caught up with launch demand.

The funny thing is, says Yoshida, those sales aren't necessarily to core gamers at all. Many of the buyers didn't own a PS3 and are new to the PlayStation network. Others never even owned a console before, whether PS3, Xbox 360 or Wii. "So where did they come from?" asks Yoshida, and it's a question Sony's marketing people are hard at work trying to answer.

"We want to understand who are these consumers who we do not necessarily consider core gamers," says Yoshida, "Who are purchasing PS4, and why they are doing it and what they are doing with PS4, so we can create a bit more of a positive future." Sony wants as wide an audience as possible, better than it had for the PS3, but for that to work, it needs to know what the audience wants.

Is it the new games driving demand? Not quite, Yoshida thinks. Sure, there are titles out now and coming up that have gamers excited, but that doesn't really explain the speed of sales to Yoshida's satisfaction. Maybe tweaks to the firmware are needed, improvements to existing services as well as additional features. Sony likes what it sees, as far as the market's concerned, but it really wants to know what it needs to do to capture that audience and hold it.

After all, "the purchase decision of consoles is a long-term investment," says Yoshida. "It's not like a smartphone where every two years you purchase new hardware. So people hopefully are looking at a bit longer term." Sony is too, and it has a lot at stake. But so far, it has every reason to be happy about the future, even if it doesn't understand it yet.