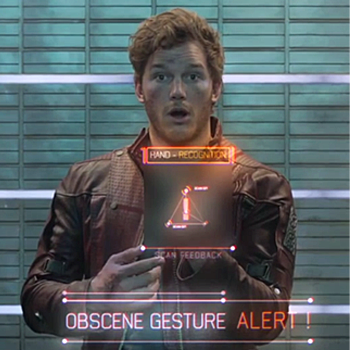 A pair of surprises at the weekend box-office have put Marvel's Guardians of The Galaxy back at the #1 spot, pulling ahead of its close rival of the past two weeks Teenage Mutant Ninja Turtles. The sci-fi action/comedy, at one point thought to be a risky venture by industry-watchers, is set to end the weekend having earned over $246 million; zooming past Transformers: Age of Extinction's $243 million to become the biggest hit of Summer 2014.

The expectation of most analysts was that the weekend would be handily won by teen weepie If I Stay, given the big turnout for the similar The Fault in Our Stars earlier in the year. But after a decent though unspectacular Friday in the top spot the film dipped lower than expected on Saturday. Also, while no one was expecting Robert Rodriguez's Sin City sequel to be a breakout hit almost a decade after the original, its meager sixth place debut will likely mark it as one of the year's more notable flops.

With almost no major-market challengers on the horizon (possible exceptions being the family-friendly sequel Dolphin Tale 2 and the Denzel Washington actioner The Equalizer) as Hollywood's schedule enters the early Fall slowdown, it's possible that Guardians could remain box-office champ for another several weeks. If so, it's widely expected to exceed the (current) year's-best totals of both The Lego Movie and Captain America: The Winter Soldier to become the biggest hit of 2014.