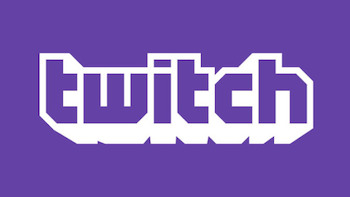 According to inside sources, the "done deal" between Google and Twitch that was discussed earlier this year was far from being done.

As of yesterday, Amazon has officially purchased Twitch for the cozy sum of $970 million. This transaction came as a surprise- not necessarily because no one thought Amazon would be interested in acquiring the streaming site, but because a purchasing deal with Google was supposedly already in the pipeline circa May of this year. Now, in the aftermath of the Amazon buyout, Forbes has helped shed some light on what became of that deal- and why Google had to back away from the table.

Basically, it all boils down to antitrust laws and their goal of regulating non-competitive conduct by companies. Since Google already owns YouTube (which competes with Twitch to broadcast live and recorded video game sessions), it was concerned about potential antitrust issues that could have come with the acquisition. A source close to the deal told Forbes that neither company could come to an agreement on the size of a potential breakup fee in case the deal did not go through.

While others reported that a deal between Twitch and Google was all but set in stone, Bessemer Ventures Partners' Ethan Kurzweil, who led his firm's investment in Twitch and sits on its board, denied that was the case. Despite the fact that Google was one of the first to approach the company about the deal, Kurzweil noted that there were other interested parties involved after Twitch received initial interest from the search giant. BVP led by Kurzweil and David Cowan looked into other possibilities and hired notable Silicon Valley banker Frank Quattrone of Qatalyst Partners to begin acquisition dialogues with other companies.

"A lot of people were interested but Amazon offered the best deal," said Kurzweil, who did not name the other interested parties.