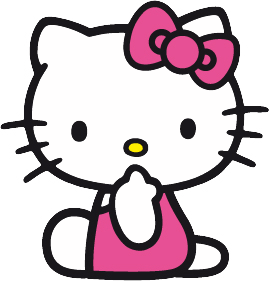 "Hello Kitty is not a cat. She's a cartoon character. She is a little girl. She is a friend. But she is not a cat," claims her creator.

Hello Kitty, one of Japan's most iconic mascot characters, is a cat, right? It says it right there in the name: Hello Kitty. Apparently, everything I knew is a lie, as Sanrio, the company that created her, has come out and stated that she most definitely is not a cat. No, my friends, according to her creator, Hello Kitty is in fact a human girl.

This historic revelation came as Christine R. Yano, a anthropologist at the University of Hawaii, was preparing her Hello Kitty exhibit at the Japanese American National Museum in Los Angeles. In the exhibit, Yano understandably refers to Kitty as a cat, something which Sanrio took issue with. According to the L.A. Times, Yano received the following message from the company:

Indeed, if you check out Kitty's official profile page, you'll see that not only is she human, but she lives in London, her full name is Kitty White, and her birthday is November 1st.

My world has been shattered. Next, Disney is going to come out and tell us Mickey isn't a mouse.