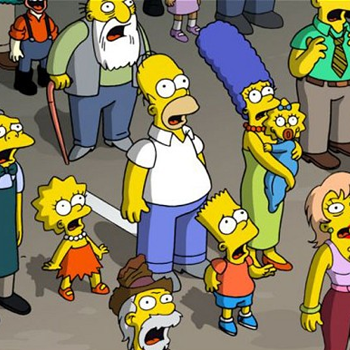 Classic Simpsons to air 24 hours a week on cable network

FXX's #EverySimpsonsEver Marathon has been a ratings winner for the newbie cable network and an ongoing phenomenon in popular culture and on social media. Now, it looks like channel has no plans to let its airwaves be Homer-free again any time soon.

The comedy-focused spin-off of FX has announced the initial broadcast schedule for the long-running animated hit, to which it owns exclusive cable syndication rights. After completion of the Marathon, The Simpsons will begin airing in blocks that break down to about 24 hours worth of programming a week:

Begun on August 21st, #EverySimpsonsEver has placed the legendary series (soon to begin its 26th season) back into the immediate pop-cultural forefront to a degree it arguably hasn't occupied since the release of The Simpsons Movie in 2007. Next up for the characters: Long-awaited crossovers with both with Family Guy. and Futurama.