The actor, previously rumored to be sought by Marvel, is allegedly in final talks to portray the Sorcerer Supreme in Phase Three of Marvel's Cinematic Universe. 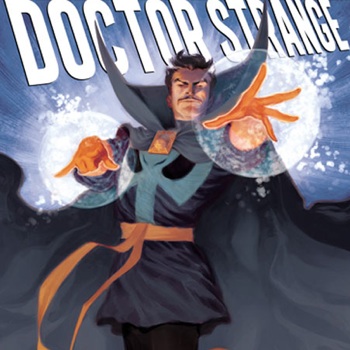 After previous rumors of being courted by Marvel Stuidos, Collider is reporting that Her star Joaquin Phoenix is nearly cleared to strap on the Eye of Agamatto and take on the role of Doctor Strange. According to Collider's sources, Phoenix's contract "is essentially at the 1 yard line, about to pass into the end zone."

Rumors from the start of this year had pegged Johnny Depp as being considered for the role. More recently, according to Collider, Jack Huston, of Boardwalk Empire had been rumored to be in the running to portray the surgeon turned mystic protector.

No more details were available from Collider's sources, but the speculation is that Phoenix's contract took longer to negotiate to guarantee the actor could still effectively collaborate with filmmakers outside of Marvel Studios. Collider said to expect official confirmation from Marvel "soon."

Scott Derrickson has already been confirmed as director, as has the fact that the movie will buck the superhero genre trend and not be an origin story.

Doctor Strange is scheduled to release on July 8, 2016. Phase Two of Marvel's Cinematic Universe will close out with Avengers: Age of Ultron, which releases on May 1, 2015. Phase Three will kick off shortly thereafter, with Ant-Man in July of 2015 and Captain America 3 in May 2016, paving the way for Doctor Strange.