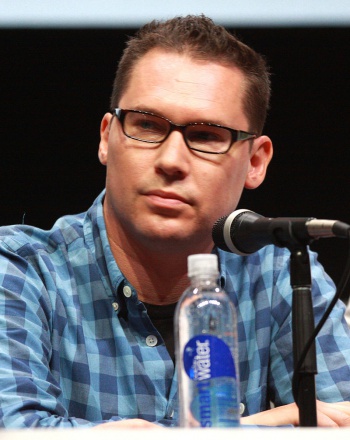 X-Men director Bryan Singer's lawsuit was dismissed without prejudice, meaning it could be refiled in the future.

These days, Bryan Singer is best known for his work directing superhero movies, including this summer's X-Men: Days of Future Past. You may, however, also be familiar with the lawsuit accusing him of sexually assaulting a 17 year-old in 1999. Now Michael Egan III, the former child model who filed the suit, has dropped it on the basis on not being able to find a new lawyer to represent him.

Egan's original attorneys were removed from the case after their relationship deteriorated. According to an Aug. 19th court filing that was ordered unsealed, Egan accused his lawyers of withholding information from him. Egan is now receiving advice from Californian lawyer Vince Finaldi, although Finaldi is not representing him legally.

A federal judge has allowed the case to be dismissed without prejudice, which means it can still be refiled in the future if Egan chooses. Singer had reportedly sought for the case to be dismissed with prejudice, but the request was denied. "Any alleged damage to defendant's reputation may well be ameliorated by plaintiff's voluntary dismissal of the action," said U.S. District Judge Susan Oki Mollway.

Egan had previously accused Gary Goddard, David Neuman, and Garth Ancier of sexually assaulting him in the same year, but these lawsuits were also withdrawn.

"Although we would have liked the case dismissed on merits, the fact that now it's dropped ... is satisfactory," said Marty Singer, one of Bryan Singer's attorneys (no relation). "We're pleased that it's over."