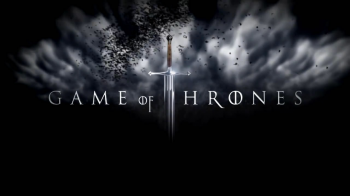 One important nude scene from A Dance With Dragons appearing in Season 5 of Game of Thrones has now been resolved, according to HBO.

If there's one thing HBO's Game of Thrones TV show is not afraid of, it's showing nudity on-screen. From the series' debut, and up to the most recent episode, there's usually a scene or two where someone's naked. However, there is one particular nude scene which has caused a little bit of grief for HBO. In A Dance With Dragons, an important public nude scene takes place that involves a major character and is set to appear in Game of Thrones' fifth season. Unfortunately, though, the local church in Dubrovnik, Croatia, has policies against "public displays of sexuality," which prevented the scene from being filmed. HBO's solution? Shoot in a new location. This was revealed by show producers during the HBO Emmy party earlier this week. According to the unnamed producers, this snag is "old news" and that a new location for the scene has already been secured.

For spoiler reasons, I'm not going to disclose who this major character is and why he/she strips down in public. If you don't read the books, or have yet to read about this particular scene, I'd advise against searching for it on the internet since it is a primary plot point and best to be experienced fresh.

Speaking of nudity, A Song of Ice and Fire author George R.R. Martin revealed earlier this month that he often gets requests from fans for male sex scenes. As for TV show news, Sophie Turner, who plays Sansa Stark claims there's a "big change" coming to the character in Season 5.

Related to:
alex co, a dance with dragons, a song of ice and fire, game of thrones, hbo, movies and tv
0
Tweet