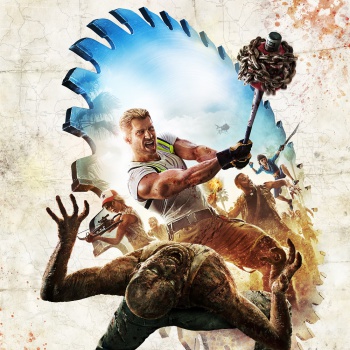 Even though it is no longer set on an island, Dead Island 2 does continue the tradition of strong cooperative zombie-slaying.

The first Dead Island had a strong unveiling with a memorable trailer, but the game itself was a bit of a lackluster game with a fun cooperative element. The direct sequel (German publisher Deep Silver is releasing a large number of tie-ins) attempts to bring back what worked and improve what didn't. You'll have new classes/characters to choose from, as well as new enemies to contend against. I got some hands-on time with Dead Island 2 at PAX Prime 2014 and I can report that it's still generally fun to hack and shoot at zombies.

The new game is set in a California town, making the title a bit of a misnomer actually. I picked a speedy lady who was quite handy with a blade. She made quick work of the normal walkers that roamed the town drenched in sunset lighting for the demo. Runners were a bit harder because of their quickness, while thugs were huge, strong monstrosities that needed coordination with the other people in the demo to take down. One of the objectives in the demonstration area was to collect "electronics" so I cleared out a looted Radio Shack-type store. Once I had enough electronics, I immediately upgraded my bladed weapon with shock attachment to increase damage. If you built up enough rage through landing attacks, you could also perform an instant kill on lesser enemies. In the case of my slasher lady, she could rush up and stab the walker under the jaw through the brainpan. Nasty Stuff.

There was not a whole lot of story or background delivered in the demo, but there were a few hints that Yager Development was keeping the irreverent graveyard humor used in the first game. The game engine was still in early alpha, so I noticed a lot of graphical bugs and glitches, but when it was displaying correctly it looked damn good.

Dead Island 2 is aiming for a release in Spring 2015 on PC, Xbox One and PS4. I'm sure we'll hear more as we get closer to that timeframe.

Reviews: This Is How You Make a Fun Zombie Movie: Wyrmwood Review Rhykker 13 Comments
Comments on