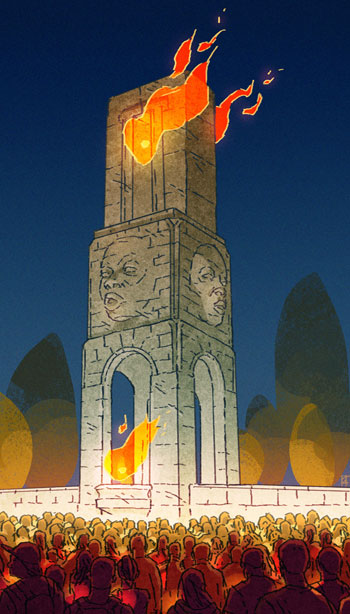 Before we start today: the new videogame StoryBundle is out, containing books by Anna Anthropy, Colin Campbell and Zoya Street as well as the first six issues of Five Out of Ten magazine. You should get it.

Now that that's out there, I also want to note that this edition of the roundup has a general content warning for at least the following: sexual harassment, stalking, rape threats, death threats, and misogynist slurs. Please use your discretion when proceeding.

First off: if you haven't seen it yet, Anita Sarkeesian's Tropes vs Women in Videogames series has released the second in its two-part episode on "women as background decoration." (Additional content warning: graphic sexual violence.)

The release of Sarkeesian's video, amidst the ongoing tensions and attacks on women in the industry, has led to Sarkeesian receiving credible death threats on her and her family, forcing her to leave her home. It's also led to quite a bit of discussion elsewhere, mainly on the subject of the sustained harassment against her.

At The New Statesman, Ian Steadman takes a couple cues from Sarkeesian's own videos to provide an excellent breakdown in the logical fallacies used to "debunk" and derail the criticisms present in the video series.

While not referencing Sarkeesian specifically, this post by former GameSpot critic Carolyn Petit does a good job at countering the argument that games are beyond cultural criticism:

At The Verge, Adi Robertson also expounds on this theme, in particular the assertion that depictions of women in games can be defended as "realistic":

"Why is it video games need to be politically and societally [sic] correct? The whole point of video games is to escape reality and have fun."

If that's the goal, games like Watch Dogs are failing horribly.

You know what's not escapism? Having to wonder if any given game (or movie, or book) you pick up is going to include women primarily as prostitutes, murdered girlfriends, vulnerable daughters, and rape victims. [...] Oddly, when someone raises these issues, the people who have been stridently defending their games as "just games" switch to explaining why having women in other roles is unrealistic. A gritty, stylized world built on the corpses of women is defended as a way for gamers to escape from reality, but if someone points out that it makes them uncomfortable, they're told that they're supposed to be uncomfortable.

At The Globe and Mail, Emma M. Woolley concurs, asserting that the claims of "corruption" only obfuscate a far greater problem:

Gaming's most pervasive issue isn't corruption, but the people who've taken ownership of something that isn't solely theirs to begin with. In trying their damnedest to limit the appeal of the medium and use online harassment to achieve their goals, this group of toxic trolls are proving themselves to be gaming's biggest problem.

Developer Elizabeth Sampat draws into sharp focus how Zoe Quinn is only the latest in a march of countless women who have been harassed in the industry, many to the point of being forced out:

I could tell you stories about the voices we've lost, the women we've scarred, the people we've left behind. I want to, but I'm not sure you'd get it. I tweeted earlier today, We should have a war memorial for all of the women we have lost to this. We should lay flowers and grieve and see our reflections in stone. And I meant it. I wish there were a way to honor the people our industry has wronged, and a way to visualize the enormity of what we have lost because of it- some representation of the gap between what games are and what they can be, and the pieces of the bridge between that have fallen away.

(Since its posting, artist Paul Reinwand painted a concept piece of what such a memorial would look like. You can see it at the head of this post.)

Lastly, if you're having trouble puzzling out these current events, the latest Idle Thumbs episode does it justice. I believe it's Chris Remo who declares early on in the recording that trying to engage with the torrent of abusers has been "like Buzz Aldrin dealing with that Moon [conspiracy] guy."

There's a bunch more on this subject in our latest roundup. I highly encourage everyone to read further before commenting.