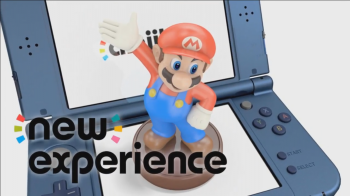 The new Nintendo 3DS and 3DS XL models will boast a range of new features, but region-free gaming will not be among them.

Sometimes Nintendo is on the edge of innovation, and other times, it's a big, stomping dinosaur, clinging desperately to old practices its competition abandoned years ago. Region locking, that is, restricting software bought in a specific region to only work on hardware from the same region, is its most draconian of such policies, and one that both Microsft and Sony completely abandoned with their latest machines. Now, it looks like region locking will continue onto the recently announced "New 3DS" models.

Nintendo confirmed to GameSpot that the new models will still have the region lock that was first introduced to the DS line with the DSi. This means that games released across Japan, Europe, and North America will only be playable in those territories, effectively eliminating the opportunity to import games without also importing foreign hardware.

Last year, there was a concentrated effort from Nintendo fans to convince the company to drop its region lock policies, which somewhat ended with Nintendo president rather curtly defending the policy, stating:

"From some people's perspective, it might seem like a kind of restriction. However, we hope people can appreciate the fact that we're selling our products worldwide. There are many different regions around the world, and each region has its own cultural acceptance and legal restrictions, as well as different age ratings. There are always things that we're required to do in each different region, which may go counter to the idea that players around the world want the freedom to play whatever they want."

As an Australian who lives in Japan, and has to juggle two 3DS consoles just to be able to play games in both languages, this policy greatly saddens me.