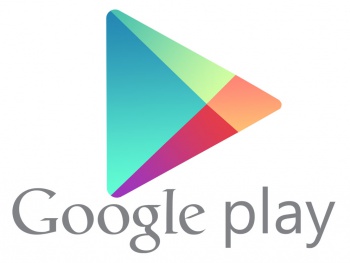 Google will refund consumers' unauthorized in-app purchases following a Federal Trade Commission complaint. As a part of an FTC order, Google will need to obtain consumers' consent before billing for the future.

The FTC alleged Google violated the FTC Act's prohibition on "unfair or deceptive acts or practices in or affecting commerce." The FTC calls these practices unfair if they are "likely to cause substantial injury to consumers that consumers themselves cannot reasonably avoid and that is not outweighed by countervailing benefits to consumers or competition."

The allegation states Google has been violating the FTC Act since 2011; Google bills consumers for charges their children made inside apps. Google has agreed to modify its billing practices so that consumers will not be billed for in-app purchases without the consumer's informed consent.

"For millions of American families, smartphones and tablets have become a part of their daily lives," FTC Chairwoman Edith Ramirez said. "As more Americans embrace mobile technology, it's vital to remind companies that time-tested consumer protections still apply, including that consumers should not be charged for purchases they did not authorize."

As a result, Google will contact all consumers who made in-app purchases through Google Play and inform them of the refund process if there was an unauthorized in-app purchase through their account. Google will provide a minimum of $19 million to consumers. If Google issues less than $19 million by next year, it will remit the remaining balance to the FTC for providing additional remedies to consumers or returning the rest to the U.S. Treasury.

In a similar case, an FTC complaint alleged Apple violated the FTC Act by "failing to tell parents that by entering a password they were approving a single in-app purchase and also 15 minutes of additional unlimited purchase their children could make without further action by the parent." Apple has emailed customers to let them know how to request refunds.

The FTC has also addressed complaints to Amazon, but the company has resisted the FTC's policy change. Amazon has refunded customers' purchases when they have indicated their children had made the purchases. The FTC called for Amazon to make notices more prominent, such as requiring passwords for all in-app purchases and making refunds simpler. Amazon has stated in a letter to the FTC that it would defend its approach in court if necessary.