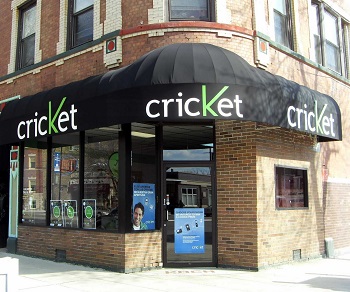 The two companies aim to assist each other in a consumer demographic they both share customers in.

AT&T-owned prepaid wireless provider Cricket Wireless is now a national partner with video game retailer GameStop. The company plans on having specific sections for its phones, accessories and no-annual contract plans in more than 2,800 GameStop stores across the country by the end of October.

The Cricket-GameStop partnership is the first true national deal for the prepaid wireless company. Earlier this year, AT&T finished its acquisition of Leap Wireless (who own Cricket Wireless) and is currently in the process of transferring those customers to its 4G LTE network. As of now, Cricket has 3,000 of its own stores and is available in some Walmart stores regionally.

"This is really about accelerating Cricket's national distribution so that we can reach more customers in more places even faster than we could have otherwise," said Jennifer Van Buskirk, president of Cricket Wireless. According to her, the customer base for her company and GameStop's overlap. "These customers all have the latest technology. People love new phones and they love new games. They want the latest and greatest of what's out there. But they want it at affordable prices," she said.

GameStop stores currently sell pre-owned smartphones, tablets, and also brand new tablets. Adding Cricket's no-contract option as its exclusive wireless partner makes GameStop a "one-stop shop when it comes to affordable phones"- so says GameStop president Tony Bartel. "I don't think there's anyone who is going to beat us on value," he commented.

Customers will be able to trade in games and devices at GameStop, then turn around and use their credit to buy Cricket phones and pay for service.