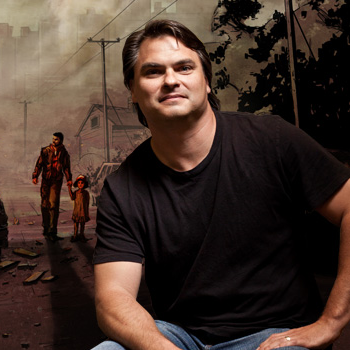 Dan Connors, CEO and co-founder of Telltale Games, explains how they're looking into the capabilities available for their games using cloud streaming.

Telltale Games has achieved great success with The Walking Dead series, which just wrapped up its second season, and other popular franchises they're currently adapting. Building off that momentum, Telltale Games is looking into cloud gaming to push their games further technologically and interactively. CEO and co-founder of Telltale Games Dan Connors believes that his company is "on the cusp of an evolution of entertainment that's bigger than games, but that brings interactivity to the forefront of entertainment as a critical piece." Their goal is to tell bigger, greater stories.

One of the biggest requests Telltale receives from its fans is the capability to continue a saved game on multiple platforms where they left off, which cloud gaming can solve. This is similar to how Netflix works, and what Connors wants to achieve as well, "They've delivered the user experience that every user wants, which is, I have five devices, so why can't I move my experience across them?" Connors believes that streamlined system is part of what's made Netflix successful. Netflix has given their customers what they want with "the ability to take their content with them wherever they go from a single source. From our perspective, it puts that content in a place where it's closer to our forms of content."

Telltale also wants to use cloud gaming to bring a new element of interactivity to their games. Connors asks the hypothetical, "When we look at it, it becomes that element of, well, why shouldn't all those devices do different things as well? Why shouldn't they have a different responsibility in the storytelling?" He elaborates of the possibilities of phones and consoles interacting differently with their games to tell different stories. He also speculates how a game can react to where you are in the storyline of the show if you're watching Game of Thrones on HBO for instance, and how that affects your playthrough.

As for how close Telltale Games is to making all of this possible, Connors states that the company is currently in a good position. "We have all the pieces in place to have a robust backend that can inform game content and other content that's on a device with the ability to use processing power and take advantage of interactivity." The next steps is building the product and systems to makes use of these processes, and that will be possible as cloud gaming becomes more developed. Connors is aware that all of this can only be accomplished with a good starting point, "The initial design, the initial story needs to be done in a way that can take advantage of the opportunity."