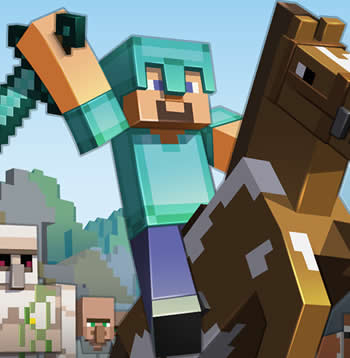 The deal is real; Microsoft has bought Minecraft developer Mojang for $2.5 billion.

The rumor has been out there for about a week, but it has now been confirmed. Microsoft is adding Minecraft developer Mojang to its development stable to the tune of $2.5 billion. Last week's reports from Bloomberg and Reuters indicated a deal between Mojang and Microsoft was close to completion.

Markus "Notch" Persson, the creator of Minecraft, decided to sell the company after being the majority shareholder and watching the game grow worldwide. "[Notch has] decided that he doesn't want the responsibility of owning a company of such global significance," a blog post on Mojang's website stated. "Over the past few years he's made attempts to work on smaller projects, but the pressure of owning Minecraft became too much for him to handle. The only option was to sell Mojang."

Mojang stated the company founders, Notch, Carl Manneh, and Jakob Porser, are leaving. Notch shared his personal thoughts on the situation in a blog post, where he said he plans to go back to participating in Ludum Dare and small web experiments. "If I ever accidentally make something that seems to gain traction, I'll probably abandon it immediately," he wrote. "...It's not about the money. It's about my sanity."

Microsoft stated its relationship with Mojang began when the developer discussed bringing Minecraft to the console. Over the past two years, players have racked up a collective 2 billion hours played on the Xbox 360.

Both Microsoft and Mojang noted Minecraft will continue to be available on other platforms. "There's no reason for the development, sales, and support of the PC/Mac, Xbox 360, Xbox One, PS3, PS4, Vita, iOS, and Android versions of Minecraft to stop," Mojang stated.

Mojang does not have the specific plans for Minecraft's future with Microsoft, but the developer said Microsoft wants to continue to make the Minecraft community grow.

Even though Notch, Carl, and Jakob are departing Mojang, the developer predicts many employees will continue to work at Mojang for now.

Additionally, Microsoft confirmed MINECON, a Minecraft fan convention that could not be held this year, is on for next year. More details will be available in the coming months.