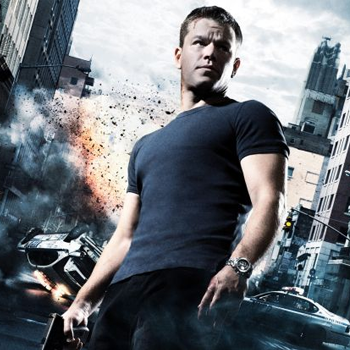 Matt Damon and Paul Greengrass were supposed to have closed the book on the Jason Bourne movies with The Bourne Ultimatum, hence the segue to Jeremy Renner's Aaron Cross character for The Bourne Legacy. But with audiences not exactly falling in love with the Cross character and Damon yet to secure a new blockbuster franchise, it was apparently only a matter of time: Deadline reports that Damon and Greengrass are being sought to return for a new Bourne.

The new film (which at this stage has no formal announcement, storyline or start-date) will presumably segue into a 7/16/16 slot that Universal has already reserved for "Untitled Bourne Film," which up to now was presumed to be the sequel the Aaron Cross story from Legacy at one point set to be directed by Justin Lin. The fate of that film is now unknown.

Beginning with 2002's The Bourne Identity (itself based on a 1980 spy-thriller by Robert Ludlum), the series follows the adventures of Jason Bourne (Damon) an amnesia-sufferer who fights to regain memories of his life as a specially-conditioned super-soldier - only to discover that he had not necessarily been fighting on the side of good. Greengrass directed the 2nd and 3rd films, following Doug Liman helming the original.