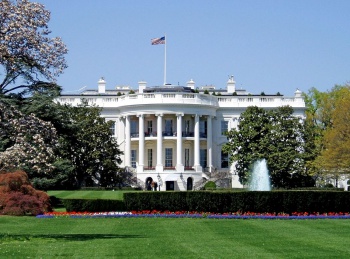 The Pokémon fan who jumped a White House fence had no ill intentions, he just wanted to speak with President Barack Obama about health insurance.

Last week we reported on a man who, garbed in Pokémon clothing and carrying a Pikachu plush toy, climbed the White House fence and was promptly apprehended by the Secret Service. This individual turned out to be one Jeffrey Grossman, and while his actions put the White House on alert, his intentions were far from nefarious. According to Grossman's mother, Cathy, it sounds like he wanted to speak to the President about health coverage for his mental disabilities.

From what we can tell, Grossman was trying to admit himself for out-of-state mental health treatments, but found they weren't covered under his healthcare plan. After pressing further, Grossman was told (presumably as a joke) that he should talk with the President about it. Grossman took this advice rather literally, and traveled to Washington, D.C. to visit President Barack Obama.

"I was informed that, when he was apprehended, he told security that he had come to talk with the president about his health care program," Cathy Grossman explained. Jeffrey Grossman, meanwhile, was placed under observation George Washington University Hospital. He has not yet been charged for the incident.

Grossman was labeled as mentally disabled earlier this year, and was given a court mandate to take his medication. While it certainly helped him for a time, he to chose to stop taking them because he was feeling better. Most medical practitioners will tell you, however, that you should never stop taking medications without first consulting a doctor.

"I want something positive to come from this," Cathy Grossman said. "I want people to know there are mental health issues out there. I'm hoping for the best. And I hope that maybe now he will get some long-term help."