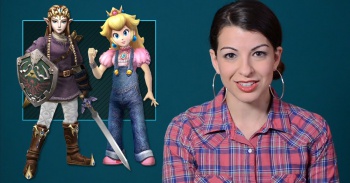 Feminist Frequency's Anita Sarkeesian filed a police report with the San Francisco Police Department, who have handed over the information to the FBI for investigation.

Update 2: We reached out to International Game Developers Association President Kate Edwards about when the FBI got involved and how IGDA is working with them and developers on preventing harassment.

"The FBI reached out to the IGDA in June 2014 at E3 from their San Diego office, and we arranged an in-person meeting at San Diego Comic-con in July," Edwards said in an email to The Escapist. "The context is the FBI is working with the IGDA to empower game developers with information about hacking activities, doxxing, DDoS, and help developers protect their games and themselves from potential malicious activity."

Edwards said IGDA has not talked directly to Sarkeesian, but it is using her situation to help educate developers. "IGDA isn't in a position to prevent harassment of game developers, but we can provide resources to support developers who may be affected by this issue," she said. "We are creating an online resource to impart strategies to developers when they experience such attacks, as well as partnering with third-party organizations that focus on coping with the psychological impacts. We are also in the process of reworking our Quality of Life Special Interest Group (SIG) to include mental well-being and personal safety concerns."

Update: Albie Esparza of the San Francisco Police Department has confirmed to The Escapist that the SFPD has handed information over to the FBI from a police report Anita Sarkeesian filed.

Original Story: The FBI is investigating threats directed at Anita Sarkeesian, creator of the Tropes vs. Women series from Feminist Frequency, a spokesperson from the San Francisco Police Department has confirmed to Polygon.

On August 27, Sarkeesian wrote on Twitter that she had contacted the police after receiving threats directed at both her and her family. She later tweeted a picture of threats directed at them. On September 11, a Breitbart writer published on twitter an email he had received from San Francisco Police Department spokesperson Albie Esparza about whether Sarkeesian had filed a police report. Esparza responded, saying he was unable to find information about it. However, one day later the writer tweeted a correction, saying he had heard back from the police department and that Esparza said the FBI is handling the case. Esparza has confirmed the same to Polygon.

Esparza said Sarkeesian filed a report with the SFPD, who then passed the information on to the FBI, who is now the primary agency investigating the claims. The FBI stated in accordance with its policy, it neither confirms nor denies any investigation.

The FBI investigates cybercrimes, and in a partnership with the National White Collar Crime Center, victims can file complaints with the IC3. Cybercrime, which is crime done with the use of a computer or network, includes harassment.

Earlier this month, the International Game Developers Association (IGDA) stated it is working with the FBI to monitor the harassment directed at independent developers.

Sarkeesian spoke with Polygon, but is unable to comment on the incident in detail because it is under active investigation. "There are ongoing investigations in multiple municipalities regarding death threats targeting me and my family," she said. "Despite the seriousness of the situation, a group of obsessive cyberstalkers have started a witch hunt against me attempting to prove some sort of paranoid conspiracy theory about fabricated threats. This is unfortunately another example of how the aggressive denial of women's lived experiences online is not only sexist but can actually be dangerous. The witch hunt is irresponsible and has further compromised my privacy and my personal safety as well as serving as a distraction to authorities during an ongoing investigation."

The Escapist has contacted the SFPD for comment and will update once we hear more.