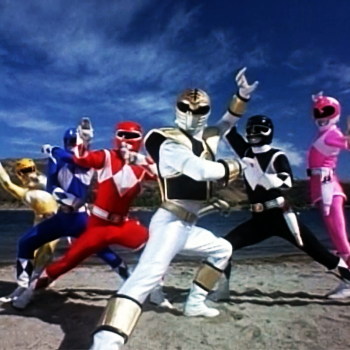 Roberto Orci, the busy co-writer of Transformers: Revenge of The Fallen and the respective reboots of Star Trek and Spider-Man, has seemingly been clearing his schedule to make his directorial debut on Star Trek 3: Back in July, he officially bowed out of scripting Amazing Spider-Man 3, and now it's being reported that he will also exit his roll on the reboot of Power Rangers.

Orci had been scheduled to executive produce and help devise the new story for the film, which Saban and Lionsgate have targeted for a July 2016 release. Screenwriters Ashley Miller and Zack Stentz, late of X-Men: First Class and Thor, are expected to remain onboard the project; which has no set cast or attached director at this time.

It is unknown whether or not Orci had already begun finalizing the story before departing. Few details have been released about the film (which is so far simply titled Power Rangers with no additional header or subtitle), though it is expected to be similar to the earlier incarnations of the long-running franchise; which followed five (later six) seemingly-ordinary teenagers who were conscripted to repel an alien invasion using space-age weaponry, martial-arts and huge robotic vehicles called "Zords."