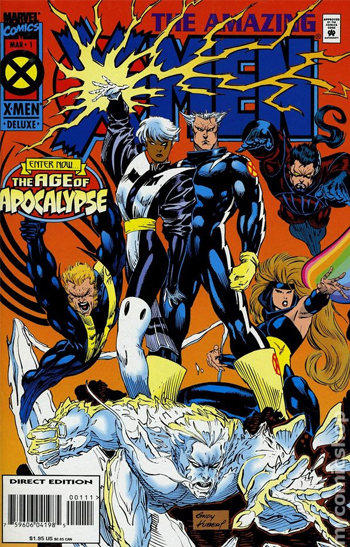 NOTE: Some information could be considered spoilers for X-Men: Days of Future Past.

While the history-rewriting events of the time-travel (from the near-future to the mid-1970s) plot in X-Men: Days of Future Past were shown to have altered the previously-established "present day" fates of characters like Storm, Scott "Cyclops" Summers and Jean Grey, the actors originally associated with those roles appear unlikely to return again.

Apocalypse is set to take place in the 1980s, a decade after the main story action of DOFP. Deadline Hollywood reports that while Hugh Jackman will return once again as the immortal Wolverine and James McAvoy (Professor X) Michael Fassbender (Magneto) Nicholas Hoult (Beast) and Jennifer Lawrence (Mystique) are set to return to the roles they began in First Class; the roles of "Cyclops, Storm, Jean and others" are described as "young," likely meaning that new actors closer in age to the First Class participants will be sought to play the 80s-era versions of those characters.

Age of Apocalypse is said to be loosely based on a famous X-Men comic-book story from 1995, in which the X-Men battle a seemingly immortal Mutant named Apocalypse whose powers had led ancient cultures to believe him to be a god. Many fans been previously speculated that the time-travel storyline of DOFP and the 80s-setting of this film may be been used as a way to "soft-reboot" the franchise with a younger cast to continue the series into future sequels without "erasing" the original films.