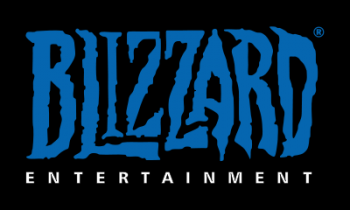 Blizzard tried its best with Titan, but ultimately, it's an MMO the developer isn't interested in pursuing.

After the staggering success of World of Warcraft, the tiniest hints that Blizzard was working on a next-gen MMO code-named Titan is worth paying attention to. The only problem was, after seven years, we still didn't know anything about it. The last we'd heard, Blizzard had restarted the game and trimmed seventy people off of the team. Now the developer has officially confirmed that Titan has been cancelled, citing a lack of passion in the project.

"We had created World of Warcraft, and we felt really confident that we knew how to make MMOs," Blizzard CEO Mike Morhaime explained. "So we set out to make the most ambitious thing that you could possibly imagine. And it didn't come together. We didn't find the fun. We didn't find the passion. We talked about how we put it through a reevaluation period, and actually, what we reevaluated is whether that's the game we really wanted to be making. The answer is no."

According to Polygon, part of the issue is that Blizzard has realized it doesn't need to focus solely on MMOs. Successful small-scale releases like Hearthstone and Heroes of the Storm have shifted Blizzard's focus to other projects instead of putting all its resources into a single massive project.

"We don't want to identify ourselves with a particular genre. We just want to make great games every time," Morhaime continued. "I wouldn't say no to ever doing an MMO again. But I can say that right now, that's not where we want to be spending our time."

Of course, the most disappointing detail for fans is that after all this time, we have no idea how ambitious Titan would have been. Perhaps those details will emerge one day, but in the meantime, Blizzard still intends to keep supporting World of Warcraft. Its latest expansion pack, Warlords of Draenor, launches this November.