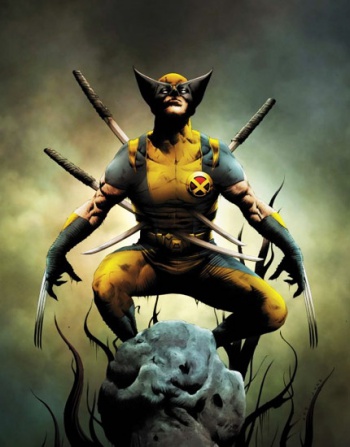 Publicly displaying statues of fictional characters is nothing new. That's why Japan ended up with a full-scale Gundam statue, after all. But it's still pretty rare to see politicians show their geek credentials by supporting such projects. Apparently that's not the case in Edmonton, Alberta, where City Councillor Andrew Knack has thrown in his personal support for a life-sized statue of Marvel Comics' Wolverine.

This project currently exists in the form of a Change.org petition, requesting the construction of a Wolverine statue in Alberta. To be fair, the logic is somewhat sound. Marvel has made no secret of the fact that Wolverine is Canadian, while the Origin mini-series revealed he was born in 19th Century Alberta. For that reason, Jason Seitz is petitioning for a statue that could be located in Edmonton's City Hall, Churchill Square, or Alberta Legislature Grounds.

That's where Knack comes in, who noted that a Wolverine statue could be a great thing if handled properly. "The first reaction is, this is kind of funny," Knack said. "But then you realize they're taking this very seriously. I think it's a great idea, assuming we go about it the right approach, can't be taxpayer dollars to fund a statue of Wolverine."

The Change.org petition is still well short of the 100,000 supporters needed to reach its goal, but the internet being what it is, that's not insurmountable. Whether the statue actually becomes a reality remains to be seen. The timing certainly works; now that Wolverine is about to die in the Marvel comics world, this could be an impressive memorial.