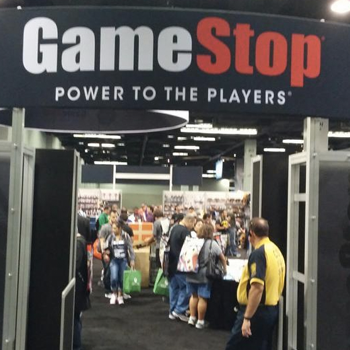 GameStop is open to working with companies to find a way to buy, sell, and trade used downloadable content.

GameStop has done its best to evolve with the rest of the game industry, with GameStop now selling Steam Wallet codes and just recently announcing their initiative to give gamers 20 percent more for their trade-ins. Another one of those initiatives may someday include selling used downloadble content.

At this year's GameStop Expo, Ars Technica spoke with two GameStop executives that expressed the company's interest in finding solutions to the used digital market.

Executive Vice President Mike Hogan confirmed that the selling of used DLC is something GameStop is interested in pursuing."It would require a partnership between retailers and publishers, but absolutely, it could go that way." He then goes on to explain that there are already instances of this happening in the community, such as World of Warcraft players transferring third-party items among each other. "There's no fundamental or technological reason why that couldn't happen [on other platforms]. If the consumer wants it, and it provides value, then we believe it will happen over time. The consumer will speak for that."

"The possibilities are endless as to how we could leverage our buy/sell/trade model and continue to give our customers what they want," says Jason Cochran, the Senior VP of Pre-owned Business. "[There's] potential to continue working with our vendor partners, publishers, and even developers on what that would mean to play in that space - how we'd continue to keep the value of digital content as tangible for our consumers, so they can continue to stay in the game, enjoy more gameplay, and actually buy more titles and more IP."

Microsoft provided a statement to Ars Technica about the possibilities of GameStop's idea: "When a game is digitally purchased, the license for that game is associated with the user that purchased it. There is currently no means for that user to relinquish the license and sell or give it to another user or intermediary." Thus, there is currently no information for them to share on the "potential of trading and reselling DLC at this time."