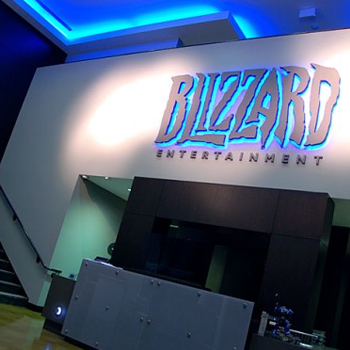 After the news broke that Blizzard pulled the plug on Titan, a project they've been working on for seven years, analysts took to estimating how much that cancellation actually cost.

Michael Pachter, research analyst for Wedbush Securities, believes the costs tied to Titan are very high, "My guess is 100-200 people at $100,000 per year, so $70-140 million sunk cost. It's pretty sad that it took so long to figure out how bad the game was. I expect them to go back to the drawing board."

Game industry analyst Billy Pidgeon believes the numbers are a bit less than that, but still high from a development standpoint, "Development costs for Titan may have amounted to tens of millions, perhaps $50 million or more." Pidgeon does make clear that this happens quite a bit, "Blizzard has cancelled several games in various stages of development in the past."

But despite the high costs associated with working on Titan, analysts predict the cost of shipping out a bad product was a bigger risk, both in terms of money and credibility. "Costs for unreleased games can be significant," states Pidgeon, "but launching substandard games can harm the reputation of a successful publisher such as Blizzard. Expenses for development can be considered R&D, and benefits can include invaluable training, IP and technology that can be applied to other games."

This coincides with Blizzard CEO Mike Morhaime's public statement on the matter, "We had created World of Warcraft, and we felt really confident that we knew how to make MMOs. So we set out to make the most ambitious thing that you could possibly imagine. And it didn't come together. We didn't find the fun. We didn't find the passion. We talked about how we put it through a reevaluation period, and actually, what we reevaluated is whether that's the game we really wanted to be making. The answer is no."

DFC Intelligence's David Cole believes this will help the company revamp their business model, "For Blizzard, I am expecting to see them continue to focus on high quality products but also focus on products with shorter development cycles and less cost. The market is just not in a place where you can have games with 7+ year development. It is changing too fast."

As an aside, given the ambition and the MMO comparisons continuously being made on Destiny, it might not be farfetched to assume Bungie's game was also a factor in the decision-making.