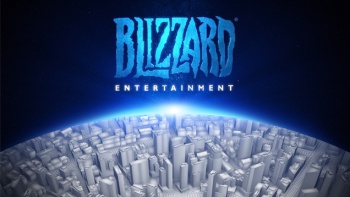 A whole bunch of details regarding Blizzard's cancelled MMO Titan have leaked out.

The big gaming news of the week was that Blizzard announced it's long-in-development "secret" MMO project, Titan, has been given the ax. Blizzard was extremely tight-lipped on what the project was during its development, and even now that it has been cancelled, is very reluctant to share details. But, that isn't stopping a few anonymous tipsters, no doubt dismayed that their baby was canned, from leaking some details on what exactly Titan could have been.

Apparently, in Titan, the player character would have lived in a future, sci-fi Earth, held down a mundane job by day (IE: butcher, engineer - even office worker) and then fought aliens secretly by night, like some kind of space-age Clark Kent. But here's the crazy thing: the night battles were completely optional - if you wanted to, you could spend the entire game simply working at your non-combat profession.

Another source revealed that players would have been able to select from the Reaper, Jumper, Titan, Ranger, and Juggernaut classes, each with its own special abilities and items. Jumpers, for example, would have been agile scouts with a teleport ability and the ability to quickly leap in and out of combat. Titans were tanks, while Rangers were stealthy snipers with a cloak ability.

As for the story, Titan would have taken place on a near-future Earth that had just fought off an alien invasion. Players would join one of three factions waging a cold war over control of the planet, and zones planned for the game ranged from the west coast of the United States to Europe, South America, and even Australia.

Most of the sources who commented on the game's artstyle drew comparisons to Team Fortress 2 and Pixar.

It certainly sounds like a very interesting concept, and it's a real shame that we never got to see anything materialize out of this. Hopefully, Blizzard takes some of these concepts and applies them to its other titles.