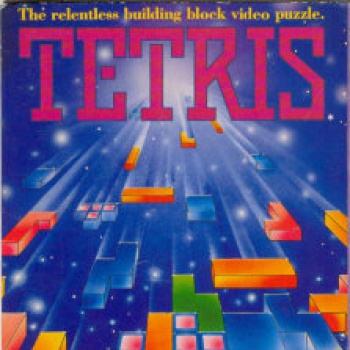 Tetris is up for a live-action film adaptation from Lawrence Kasanoff, the producer behind 1995's Mortal Kombat.

Remember when the Battleship movie was announced and we thought we'd reached the pinnacle of silly film adaptation concepts? Well, now we have a new contender for the crown: Tetris has been licensed to Threshold Entertainment for a live-action theatrical release.

"It's a very big, epic sci-fi movie," Threshold CEO Lawrence Kasanoff said. "This isn't a movie with a bunch of lines running around the page. We're not giving feet to the geometric shapes."

Tetris debuted in 1984 as a tile-matching puzzle game that quickly became one of the most widely-recognized electronic titles of all time. Trouble is, it literally has no plot to speak of, so the adaptation is largely running on brand recognition at this point. According to Kasanoff a story is in place, although specific details have yet to be revealed. Kasanoff also hopes to expand Tetris from the big screen to "location-based entertainment", presumably inspired by Threshold Entertainment's theme park films.

"Brands are the new stars of Hollywood," he said. "We have a story behind Tetris which makes it a much more imaginative thing."

It's worth noting that this is only a development deal, as Tetris currently has no directors or cast. To his credit, Kasanoff is no stranger to video game adaptations, having produced Mortal Kombat and Mortal Kombat: Annihilation in the 1990s. That being said, Tetris is a very different beast, so we'll have to wait and see what his sci-fi approach entails.