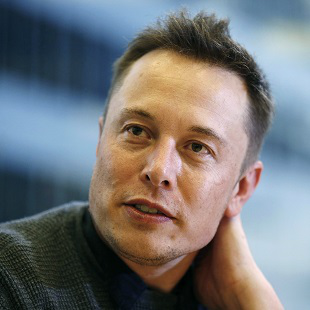 The founder of SpaceX, Tesla thinks our move to Mars is just as important as eradicating poverty and disease.

Elon Musk is a busy man, from trying to mainstream the electric car, to carting NASA astronauts up to the International Space Station. But when his thoughts aren't on or near Earth? He's thinking about Mars.

The SpaceX and Tesla Motors CEO recently sat down with Aeon to talk about the red planet, and specifically how mankind needs to step foot on Mars sooner rather than later.

In short: Musk wants one million men and women from Earth living on Mars, as he sees the move as a crucial component in ensuring the survival of the human race. And this isn't just posturing, or musing about the future; Musk has a plan, if a little rough, to get a city-state-like colony going on our maroon neighbor.

Mars spends most of its days hundreds of times farther away from Earth than we are from the Moon -- sometimes up to 250 million miles. But when the planets' orbits are closest together? That number can drop to 150x (about 36 million miles). Musk is targeting such an alignment in the mid-2030's for the first wave of his project, which would cost roughly $500,000 per person to accomplish.

"There needs to be an intersection of the set of people who wish to go, and the set of people who can afford to go," said Musk to Aeon. "And that intersection of sets has to be enough to establish a self-sustaining civilization...it's not going to be a vacation jaunt. It's going to be saving up all your money and selling all your stuff, like when people moved to the early American colonies."

When you consider the timeline, how technology advances in paradigm shifts, and the steps SpaceX and NASA are taking to reach Mars, Musk's ideas go from laughable to plausible. There are many steps between now and man on Mars in any capacity -- be it a NASA exploratory mission, or a colony -- but enough brainpower, money, and resources are now being focused in that direction to make it an eventual reality.

Do you agree? Will Earth establish a colony on Mars within the next 25 years? Drop your thoughts in the comments. And be sure to head over to Aeon (link below) to digest the full sit-down.