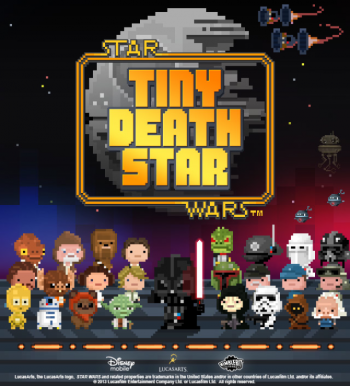 Nimblebit's Ian Marsh believes Tiny Death Star was removed because "they don't feel it is worth it to maintain the game any longer."

Update: According to Ian Marsh, who is still "trying to get the official story" from Disney, Tiny Death Star won't be coming back to the App Store or Google Play, but is still playable by those who have downloaded it "for the time being."

Marsh also told us, "Although we don't have direct control over the game, NimbleBit would like to apologize to anyone who had interest in Tiny Death Star and encourage fans to try our recently released game Tiny Tower Vegas which is immune to Rebel torpedoes!"

Original Story: In less than two weeks, Nimblebit's Tiny Death Star would have celebrated its one-year anniversary, but instead the creator received a different kind of gift from Disney. Tiny Death Star was removed from app storefronts without notice and without reason, according to Nimblebit's "President of Code Hacking" Ian Marsh.

Speaking with Pocket Gamer, Marsh called the Star Wars-themed mobile game "a significant source of revenue for us," but apparently Star Wars overlord Disney didn't feel the same way. "My assumption is they don't feel it is worth it to maintain the game any longer," Marsh stated.

Along with Tiny Death Star, Star Wars Assault Team has also disappeared after just five months. A source close to Pocket Gamer suggests Disney made the moves to focus on other projects. If you've already downloaded either of these games, you'll be able to access them from your purchased selections, but don't expect any updates going forward.

We've reached out to Nimblebit for comment and will update if and when we've heard back.