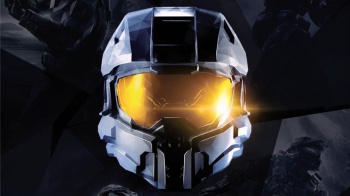 When Halo: The Master Chief Collection comes out for Xbox One later this year, it will do more than put a fresh coat of paint on four previously released games in the franchise. According to developer 343 Industries, some of the additional content in Halo 2: Anniversary will link it to Halo 5: Guardians and live-action digital series Halo: Nightfall.

Speaking with GameSpot, Executive Producer Dan Ayoub compared it to tweaks made to 2011's Halo: Combat Evolved Anniversary. "If you remember the terminals from the first Halo: Anniversary where you could find and unlock motion comic-style pieces that filled in story for what was going to happen in Halo 4, we're doing a lot of the same in Halo 2 that are going to start to hint at some things that are coming down the line in Halo 5," Ayoub said. Halo 2: Anniversary's terminals will shed some light on the Arbiter's backstory.

Additionally, "bookend cinematics" will "hint at those larger stories that are coming" in both Halo 5: Guardians, expected out in 2015, and Halo: Nightfall. This is in addition to 53 minutes of redone cinematics to bring Halo 2 into high definition. Halo purists likely needn't worry about Halo 2: Anniversary's campaign deviating from the original game's; Ayoub promised to "stay very true to the main storyline to make sure it stays exactly the same."

Halo 2 was originally released for the Xbox in 2004. Halo 2: Anniversary joins Halo: Combat Evolved Anniversary, Halo 3, and Halo 4 in Halo: The Master Chief Collection, due out this November.