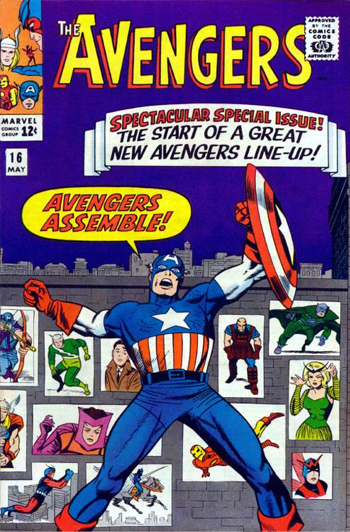 Hot new rumor says it's out with the old, in with the new for Avengers 3.

While currently riding high on an unbroken string of box-office megahits, Marvel Studios has a potential problem looming in their future: The multi-film contracts of almost all of the actors who portray The Avengers are rapidly running out. Once they do, the stars would be in position to renegotiate new contracts - which could lead to expensive, budget-busting pay-raises.

Last week, a popular rumor suggested that Marvel might try to extend their stars' commitments by splitting Avengers: Age of Ultron into two films - but it's technically illegal to pay actors for one movie and turn it into two afterwards. But now, a new rumor suggests that Marvel's planned solution could be something similar... but much more ambitious.

A rumor/speculation piece posted to reliable film-geek site Badass Digest claims to have learned that Marvel plans to have the "established" Avengers sit out the third film, instead debuting an entirely new team likely comprised of post-Ultron "Phase 3" characters like Doctor Strange, Ant-Man and (many suspect) Ms. Marvel or even Black Panther for Avengers 3.

The piece then goes on to speculate that Marvel would do so in order to "save" the final appearance of the original Avengers for an even bigger post-A3 crossover (in the vein of Secret Wars or The Infinity Gauntlet) that could unite the entirety of the Marvel Universe including the "new" Avengers, the Guardians of The Galaxy, The Defenders and any hypothetical others.

There is some precedent for this: During the Civil War event, there were pro and anti-government Avengers teams. Additionally, Age of Ultron features the Marvel Cinematic Universe debuts of Quicksilver and Scarlet Witch; longtime Avengers who first joined as part of a major status-quo shakeup wherein everyone quit but Captain America - who had to build a new Avengers team from scratch.

Marvel Studios has not commented on these new rumors.