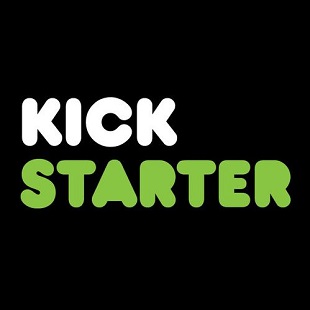 Gaming-related Kickstarters for the first six months of 2014 have raised only a small fraction of what they did in 2013.

Update: A Kickstarter representative has respond to our queries with the following statement:

"The number of successfully funded video game projects is actually up this year vs. the same period last year. And more importantly, there are so many super-imaginative projects on Kickstarter right now. The robots-vs.-monsters trailer for Human Resources has blown away everyone who's seen it. Black the Fall, a post-communist sidescroller, is going to be epically spooky. Elegy for a Dead World is a game about... writing fiction! And it looks beautiful. The Black Glove (just launched) is a surrealistic game from a team of developers who helped make BioShock and BioShock Infinite. And there are more than 200 other live video and mobile game projects on the site. It's a great time for games, and our incredibly strong backer community knows that. The system really works - just ask backers of Wasteland 2 - but this whole approach to bringing games to life is still in its infancy. The best is yet to come."

Editor's Note: In our original story, we stated that that Kickstarters in 2013 raised $58 million in six months. In truth, that figure was for the whole year. We regret this error and have corrected it.

Remember a few years back when every game maker and their uncle took to launching epic Kickstarter campaigns and raised millions of dollars? Well if 2014 is any indicator, that era might already be over. While gamers still gave millions of dollars to help fund fledgling game projects, the first half of this year saw a marked decline in overall contributions to game-related Kickstarters.

According to a recent report from the firm ICO Partners, for instance, donations pledged to game projects between the first of January and the last day of June only totaled $13.5 million, funding 175 projects. And while that's obviously not chump change, it represents a decline from 2013 which, overall, comparatively saw game related campaigns raise more than $58 million with 446 projects reaching their goals.

According to ICO's Thomas Bidaux, the causes of this decline could range from a lack of high profile projects attached to famous industry personalities to a simple lack of interest from gamers who may have initially found themselves caught up in the excitement of crowdfunding's early days. The report also cites the growing power of things like Steam Early Access as another potential force behind the decline.

No matter what the cause, it's likely that Kickstarter itself can't be too pleased by this downturn. Game related projects such as Torment: Tides of Numenara, for instance, were a sizable portion of the site's bread and butter in 2013. We've reached out to Kicktarter to see if we can snag their take on the change in the crowdfunding tides.