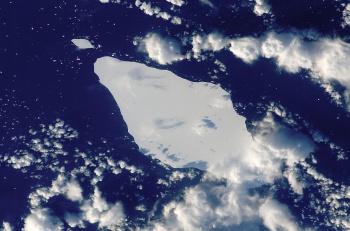 New research suggests that the amount of heat added to the world's oceans over the last 35 years has been underestimated by 24-58 percent. The oceans house more than 90 percent of the heat associated with greenhouse-gas-attributed global warming.

Oceanographers from Lawrence Livermore National Laboratory have published a new study suggesting that past research on upper-ocean warming has been underestimating the amount of warming taking place - by a significant margin.

The evolution of ocean heat has been studied since the 1950s. The Earth's oceans store more than 90 percent of the heat associated with greenhouse-gas-attributed global warming, making it a critical factor in climate change discussions. By using new satellite analysis techniques and various climate models, the LLNL researchers have refined old, conservative estimates from 1970-2004 and found a significant underestimation in the Southern Hemisphere. The Southern Hemisphere's oceans have actually increased in temperature by 48-166 percent more than previously believed, leading to an overall ocean temperature increase that is 24-58 percent higher than established estimates.

Why the great discrepancy? The researchers attributed the underestimations to limitations in past analysis methods, as well as a paucity of solid data on the Southern Hemisphere's oceans.

Back in May, a new government report summarized the present and future impacts of climate change on the U.S. and confirmed that some changes are happening faster than predicted.