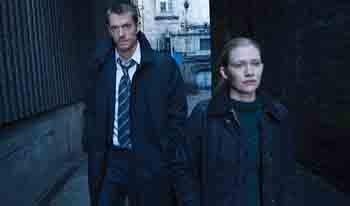 When it comes to pirating TV shows, writer Dawn Prestwich says, "In short: if you don't buy it, they don't make it."

Piracy is so much a part of our modern culture that some content creators go to extreme lengths to combat illegally downloaded media, often unsuccessfully. TV writer Dawn Prestwich thinks that unlawfully downloading TV shows can doom them, which is probably not the intention of most people who pirate television shows. In a guest article on Variety, Prestwich discusses how illegal streaming sites adversely affect everyone working on TV shows. Simply put, one episode made available illegally is "worth the equivalent of thousands of downloads that weren't watched on a legal site... The entire production team that collectively created the content was adversely impacted--from the most junior production assistant on up. All positions within the hierarchy became devalued."

Prestwich believes that people who illegally watch TV shows think they're "sticking it to the man," but the practice is actually hurting the creative forces behind these shows. Viewers need to speak with their wallets to keep TV shows from cancellation; The Killing was saved twice in part from "the enthusiastic and legal downloading" of the murder mystery show. As Prestwich says, "When a viewer accesses an episode on a site like NinjaVideo, rather than a legal site, there's no accurate measurement of market value for that content. And that's how shows die."

As someone who grew up in the age of Napster, I know how blurry the line between legally and illegally obtaining media can be; when it's right there on the internet, it doesn't feel like stealing. Something to think about, though, is who you're actually adversely affecting if you choose piracy over buying legally. While Prestwich didn't offer an easy solution, she acknowledged that solving the problem would "involve higher standards on what constitutes ethical online behavior." Perhaps that's the first step towards seeing less promising new shows meet untimely cancellations due to a seeming lack of interest.