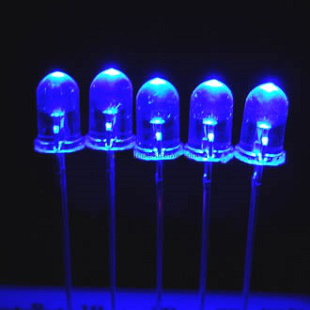 That fancy LED light you just installed in your bathroom? You can thank Isamu Akasaki, Hiroshi Amano, and Shuji Nakamura for that.

The Royal Swedish Academy of Sciences has announced the winner of the 2014 Nobel Prize in Physics, and the lucky team is the trio behind the blue LED (Light-Emitting Diode).

Isamu Akasaki, Hiroshi Amano, and Shuji Nakamura (I really just want to call them The Firm of Akasaki Amano and Nakamura) are the award recipients, and their work goes all the way back to a time before Coke Zero and The Real Housewives of Beverly Hills: 1994.

Nakamura was the man behind the first high-brightness blue LED, first demonstrated in 1994. However his work would not have been possible without LED and semiconductor breakthroughs made by Akasaki and Amano several years before, both of whom were critical in getting Gallium nitride (GaN) to behave in a way that would allow for a bright blue LED. Gallium nitride is the binary semiconductor present in the majority of LEDs, and the key to acceptable brightness was to introduce p-type semiconductor doping into the LED creation process (more on that here).

The blue LED has actually existed in one form or another since the early 70s, but the technology behind early models did not allow for a commercially-friendly brightness level.

So why is the blue LED so important? Red and green LEDs had existed for years before Nakamura got the bright blue LED going -- LED tech goes all the way back to 1927, in fact. But without a blue LED of the same brightness, a white LED (or LED light) would not be possible. In other words? No blue LED means no LED backlight on your TV or PC, no LED lights in your house, and so on.

Once the blue LED was properly achieved, white LED lights were possible, which brings us to the LED craze we know today. Beyond your 50-inch LED-backlit HDTV, you're probably starting to outfit your home with LED lights right about now. These lights are a key component in reducing energy usage, as most LED bulbs use under 17W of power (as opposed to your average 60W incandescent bulb). They also last several times longer than incandescent bulbs, and remain cool to the touch (slightly warm instead of melting your skin off, at least).

I used LED 25 times in this post, this sentence included.