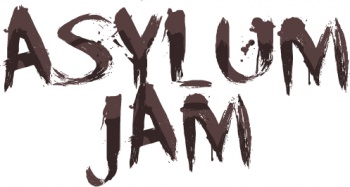 Asylum Jam, a game jam challenging developers to make a game in 48 hours without using negative stereotypes of mental health, is returning for a second year from October 31 to November 2.

In an interview with The Escapist, Asylum Jam organizer Lucy Morris said the game jam is designed to encourage people to explore horror outside of harmful, overdone tropes. The aim is to diversify ideas in horror. Morris hasn't seen a huge change in the games industry concerning mental health stereotypes in horror since last year, but she thinks Asylum Jam effectively challenged people to think of new ideas.

"I think the impact of the jam was at a much more personal level to the participants in particular, but if anything the jam last year really did bring a lot of attention in general to the topic, which is more than I could've hoped for," Morris said. Last year's jam had 385 participants and 60 submitted games.

Most horror games rely on tropes about mental health, where characters are classified as "crazy" or "insane," or games are supposed to be scary because they take place in an asylum. One negative example Morris points to is Outlast, a survival horror game set in a psychiatric hospital with homicidal patients.

Despite this, Asylum Jam's purpose isn't to say games with stereotypes of mental health are bad games. Morris explains Asylum Jam is "a positive way to explore outside of tired, harmful tropes and to expand on horror - which is such a big place for us to explore with the rise of VR, especially."

Some games, such as Neverending Nightmares, use personal struggles with mental health as a part of horror. Others, like Five Nights at Freddy's, do not use mental health when creating a tense atmosphere.

Asylum Jam will have some physical locations, but the game jam is open to everyone. Morris could not state the physical locations yet, but she will have news about them in the next one to two weeks. However, Morris can confirm there will be European venues. She asks that leaders in the game development community interested in Asylum Jam volunteer to host a location if possible. More information about the event is available on the official website and Tumblr.