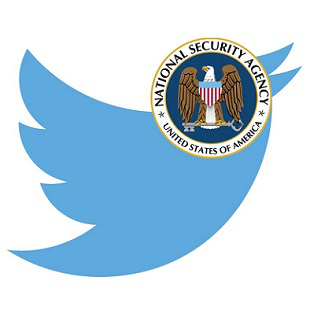 The social media giant no longer wants its ability to speak on security and surveillance to be restricted by the feds.

Twitter yesterday filed a lawsuit against the United States government, as the social media platform attempts to be more transparent with its users, and the public at large.

The lawsuit, which can be read here, is pointed directly at federal policies pertaining to surveillance, specifically how and what Twitter discloses related to government information requests. The social media service, which is decidedly more public-facing than both Facebook and email, publishes government transparency reports twice a year, as allowed by law.

The problem that Twitter has with these reports is the dearth of information allowed to be published. Within it's biannual transparency reports, Twitter wants to be able to publish what kinds of information the government is asking for, not simply how often the requests are made.

This past April, Twitter sent a draft of its latest transparency report to the FBI for approval, only to have the agency reject the report on the grounds of protecting classified material.

"Our ability to speak has been restricted by laws that prohibit and even criminalize a service provider like us from disclosing the exact number of national security letters ("NSLs") and Foreign Intelligence Surveillance Act ("FISA") court orders received," said Ben Lee, Twitter's Vice President of Legal in a blog post, "even if that number is zero."

The ACLU has already come out in support of Twitter, saying "We hope that other technology companies will now follow Twitter's lead."

Even earlier this year, Twitter rejected the government transparency agreement signed by Google, Facebook, and others, saying such reports "...must be within a range that provides sufficient precision to be meaningful."

The Department of Justice is looking into the lawsuit, saying for that it has worked with technology companies in the past (see the agreement referenced above), and that it feels this agreement allows such firms to disclose a broad range of information.