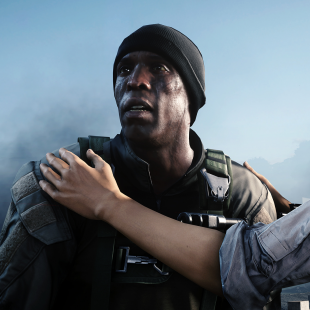 DICE LA Producer says most Battlefield players "won't trust us to deliver a stable launch or a stable game."

DICE LA Producer David Sirland cleared the air recently regarding Battlefield 4, and how its (very) rocky launch might impact the rollout of Battlefield: Hardline.

Sirland acknowledging the lack of trust between Battlefield 4 players and the studio-publisher duo behind the franchise is, as far as I can tell, the first time an EA or DICE employee has come on the record saying that a breach of trust exists. It's certainly a sentiment opposite of what EA CFO Blake Jorgensen said back in March, when he told Morgan Stanley conference attendees there was no damage issue to deal with.

Battlefield 4 did not have the smoothest of launches last year. The console versions of BF4 were particularly tragic during the launch windows, while issues with servers,connectivity, netcode and other playability bugs and errors persisted for months. Many who invested at launch were left feeling angry enough to start a lawsuit, not to mention the usual fury that gaming netizens can exude.

While EA and DICE were quick to offer double XP initiatives and other bonuses (without actually issuing any sort of straightforward apology involving the words "we are sorry"), the launch window has always remained a contentious issue with dedicated Battlefield 4 players. EA brass has even gone as far to say that there was no concrete damage to player trust during the launch, but that attitude has finally changed, apparently. But a change in attitude nearly one year after launch doesn't necessarily signal a change in game launch practices.

We have reached out to EA regarding Sirland's comments on Battlefield 4, and we will update if any new information arises.