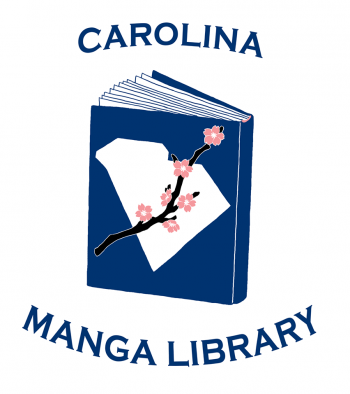 The Carolina Manga Library has encouraged skeptics to pick up graphic novels and discover that they really like them.

The Carolina Manga Library is a library on wheels dedicated to promoting literacy through graphic novels, comic books, and manga. Traveling to various conventions and events in the U.S., the non-profit organization supplies all kinds of books while challenging others' interests.

Head librarian Laura Mehaffey started the library last year as both a certified librarian and fan of manga and anime. Working with local libraries, Mehaffey and American comics librarian Aaron Mehaffey work to change the perception of these media.

Laura Mehaffey regularly comes across people who approach her with concerns about comics and anime. "I have been running anime clubs for teens since the '90s, and not a week went by where a parent wasn't angry over something we talked about in club or a book/anime we referenced," Mehaffey told The Escapist.

While some look down on comics as inferior to other books, Mehaffey asserts that graphic novels increase literacy by reaching reluctant readers. "A child who loves video games can be turned on to reading by offering them a graphic novel related to the series," she explained. "This was often tried in the early '90s and late '80s with things like [live action puppet TV series] Fraggle Rock, but graphic novels had not yet established themselves as a medium for children outside of superhero comics."

Not everyone has stayed reluctant to trying graphic novels thanks to the library's efforts. Mehaffey recalled a time when a parent accompanied his daughter to the Carolina Manga Library. As she read several volumes of manga, her father took on Mehaffey's "Head Librarian's Challenge" to read a different title based on their interests. He ended up loving Elfquest by Wendy and Richard Pini.

Even so, the Carolina Manga Library has a limited reach. Its larger goal of reaching more diverse people with diverse books hits financial roadblocks. The organization has started an Indiegogo campaign to fund its first step of improving the library: better shelves that are more secure and easier to set up. Because the library travels, it needs portable shelving. The crowdfunding campaign will allow the organization $1500 to buy 20 new wooden shelves with shorter set-up time, meaning the library will be open longer during events.

This is just the first step in a series of improvements the Carolina Manga Library hopes to reach. With a trailer, librarians could transport the books easier, and with more money, they could fly out to conventions farther away rather than limit their scope to one day's worth of driving away. Mehaffey's ultimate goal for the library is to have a permanent facility while continuing to travel to events.

The Carolina Manga Library's Indiegogo campaign ends on November 23. "No one has the right to tell you that what you read isn't worth reading," the campaign states.