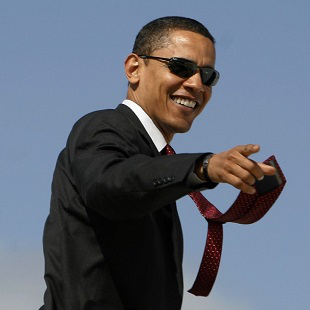 While the FCC sifts through the millions of comments received on net neutrality and the Open Internet concept, United States President Barack Obama decided to re-affirm his own stance on how the World Wide Web should be structured.

The short version? POTUS is not a fan of the tiered Internet infrastructure suggested by the FCC, and ISPs alike.

"My appointee, Tom Wheeler, knows my position," said the President during a town hall meeting in Santa Monica, California on Thursday. "...I can't just call him up and tell him exactly what to do, but what I've been clear about, what the White House has been clear about, is that we expect whatever final rules to emerge to make sure that we're not creating two or three or four tiers of Internet. That ends up being a big priority of mine."

Emphasis added. The President reaffirmed his stance on net neutrality, while the FCC is still in the "back to the drawing board," phase after its slow lane-fast lane ideas were effectively torched by netizens everywhere. The comments also come right as Comcast and Time Warner Cable shareholders gave the duo the green light to merge. Since the merger still has to run the government regulation gauntlet, Obama's comments come at an incredibly crucial time during the net neutrality debate. While there are many facets to the proposed merger, the consolidation of ISPs is indeed a factor when talking about an Open Internet.

The President's remarks could also be a sign that his office is going to be more aggressive in supporting net neutrality during the last two-plus years of Obama's time in office. Pro-net neutrality advocates have pushed the President to be more vocal on the issue, including a former FCC Chairman.