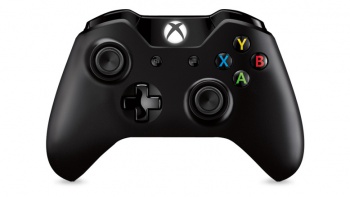 Microsoft defends its controversial indie parity clause, which forces indies to launch on Xbox One at the same time as any other platform.

If you're not aware, Microsoft has a special "parity" clause with indie devs it works with through its indie program, [email protected] Essentially, the clause states that indie developers must launch their product on Xbox One at the same time it is launched on any other platform. That means, they can't, say, launch a product on PC first, and then port it to Xbox One later. It has drawn some criticism from developers and journalists alike, but Microsoft is standing by by its policy, stating that it exists to make Xbox One owners feel "first class".

"The thing I worry about is--because I look at all the people who buy an Xbox, and they invest their time and their money in Xbox One, and, as millions of people obviously own Xbox Ones, I want them to feel like they're first-class, because they are," Head of Xbox Phil Spencer said on The Inner Circle podcast. "When a third-party game comes out, it comes out on all platforms at the same time, and when indie games come out, I want them to come out and I want Xbox to feel like it's a first class citizen when an indie game launches."

He added that, "So, for me, the parity thing is, if you own an Xbox One, I want to work for you to make sure that when great content launches, if it's coming to Xbox and another platform, that you kind of get it at the same time everybody else does."

Spencer insists that the policy is not damaging towards indie devs as critics claim, because Microsoft is constantly working to help indies hit their goals. "I have a lot of friends that run small indie studios, and I get that timelines around when--they just can't get both games done at the same time, all three games, all four games, depending on how many platforms they're supporting," Spencer explained. "So I always just say, 'Let's have a conversation.' And it's worked; today, I think we've done a good job of working with the indies on, when they've had parity concerns, if it's just a dev issue for them."

"But I don't want somebody to come in and just think 'I'm going to go do a special game on one platform and then I'll get to Xbox whenever I get to it,' because I don't think that's right," Spencer added, insisting that the true winners of this policy are Xbox One gamers.