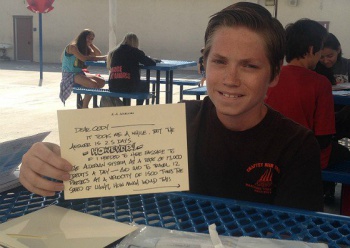 Swanek's problem is as follows:

In how many days does J. J. Abrams spend the same amount of imperial credits on speeders and bounty hunters?"

Abrams wrote to Swanek with the answer to the problem and then wrote a Star Wars word problem of his own.

"If I needed to hire passage to the Alderaan system at a rate of 17,000 credits a day - and had to travel 12 Parsecs at a velocity of 1500 times the speed of light, how much would this trip cost me? This, I think, is the real issue here."

Can you solve Abrams' math problem?