The game shares designers and similarities with defunct fan-favorite Heroscape.

Just last week at Pro Tour Khans of Tarkir, Wizards of the Coast announced that they'd be making a Magic: The Gathering Strategy Board Game. Though the name isn't final, they've given us some more details and a playable prototype at SPIEL Essen 2014. It's a tactical miniatures game with five factions, each one corresponding to a famous Magic planeswalker and color, that will take place on the classic magic plane of Shandalar - which is a creation of the old Magic computer game world and made a return in Duels of the Planeswalkers 2015. The game appears to have a design team in common with the old Heroscape miniatures game, and more than a few mechanics and statistics are from that game, down to a modular hex-based board setup. The game is set to release in Fall of 2015, and you can bet that means an early limited release at Gen Con.

2-5 players will jointly design the map, then place terrain and something called "Glyphs" around. They'll then take on their opponents, summoning creatures and casting spells in true Magic fashion. The game's cards and figures have no bearing on games of the classic card game, but mechanics like Deathtouch, Flying, and First Strike will show up. Wizards bills the game at a 25 to 45 minute playtime. The game will feature planeswalkers Chandra Nalaar, Jace Beleren, Nissa Revane, and Liliana Vess, with a fifth to be revealed at a later date. My money's on Ajani Goldmane, though Josh's gut says it'll be Gideon Jura based on the choices of humans for every other planeswalker.

Here's Chandra Nalaar's warband, which looks to be composed of herself, Chandra's Phoenixes, and Bogardan Firefiends. 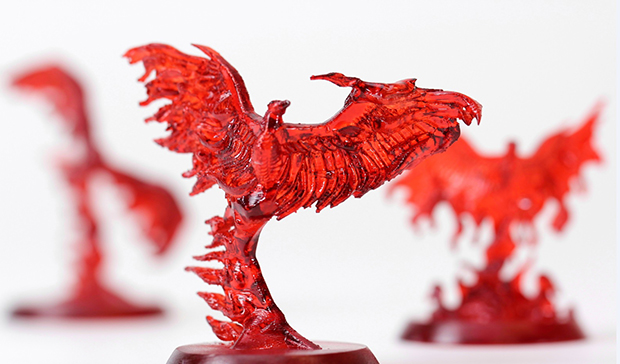 A close up of the Chandra's Phoenix miniature. 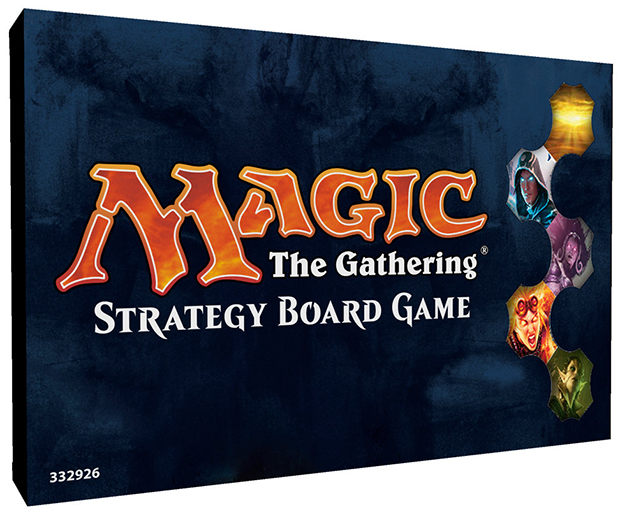 A mockup of the game box. Again, the name isn't final. We hope.

For those more curious, BoardGameGeek has an intimate look at the game along with some commentary by the designer.