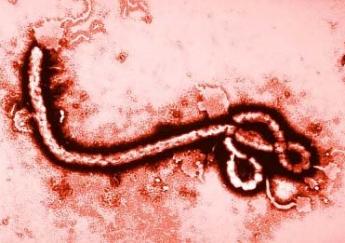 According to a new study, the Ebola outbreak in West Africa has progressed to a point where intervention techniques will not be able to significantly slow the virus' spread before the end of the year.

Using data on the current and past Ebola outbreaks, researchers have developed a model to forecast the spread of the Ebola virus in West Africa and determine the effectiveness of different intervention techniques, including the development of a vaccine. Not wanting to project too far into the future in order to maintain as much accuracy as possible with such predictions, the researchers' model forecasts until the end of this year and reveals an outbreak that is nowhere close to peaking in its spread.

The research team tested five different intervention strategies on the model, and while these did help the situation, none were able to halt the progress of the epidemic. Even a vaccine would only lower mortality rates without significantly affecting the virus' spread.

The team concluded that while short-term intervention is helpful, the devotion of resources to the efforts in the long-term are now necessary to address the outbreak.

As of October 14, the World Health Organization (WHO), the United States Centers for Disease Control and Prevention (CDC), OCHA and local governments have reported a total of 9,216 suspected cases and 4,555 deaths attributed to Ebola. The research team's end-of-year forecast predicts well over 200,000 infections, with the worst yet to come. The paper highlights the conclusion that at this point, improved infection control will not be enough to stop the epidemic from continuing its upward trend toward its eventual peak.

That said, the researchers do believe that coordinated intervention is imperative, even in the short term. This is not an "all is lost" scenario, but rather, "batten down the hatches; we need to weather this storm." We're still in the early stages of the outbreak, with no end in sight.

"The epidemic is currently beyond the point where it can be easily controlled," the team writes. "Despite the considerable impact the proposed interventions have on the burden of disease, none of them are forecast, at least in the short term, to halt the epidemic entirely."

For a timeline on the spread of the outbreak since patient 0 and up to this summer, as well as information on what you can do to stay safe, read this article on the Ebola virus outbreak of 2014.